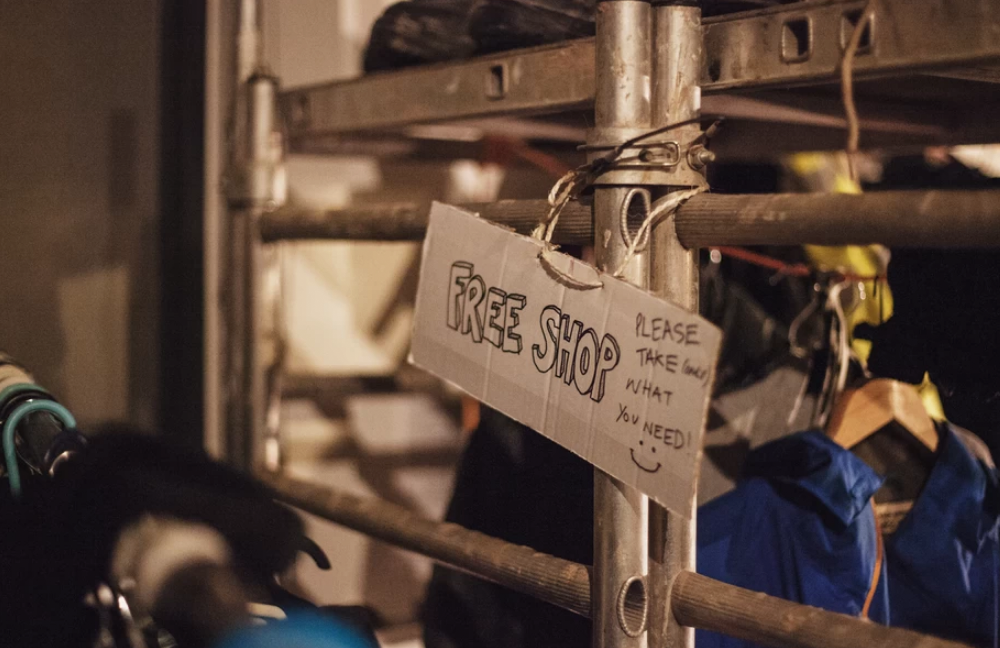 Reposting this article from Vice magazine. Written by Bob Trafford.

For the last two weeks the Sofia House Solidarity Centre has been welcoming homeless people from across London to a legally-squatted vacant four-storey commercial property just north of Oxford Circus – one of the ten per cent of Westminster properties owned by offshore tax vehicles.

The centre was the latest project by homelessness activists Streets Kitchen. They opened their doors on 1st March, offering not only food, clothes, medical care and housing advice, but an inclusive community with no wrong answers and few red lines.

I visited the centre two days after it opened in early March. Behind a narrow, frosted-glass door, tarpaulin dividers between concrete columns broke up an otherwise large, if dingy, space. The tallest volunteers were on step ladders, fixing strings of lights to overhead cable trays. Piles of donated clothes and bedding leaned against the floor-to-ceiling windows facing onto Great Portland Street.

“This is when you see people power at its finest,” explained Sarah, a volunteer. In no time at all, a large kitchen counter was up and a microwave began reheating one of at least fifty takeaway containers of chilli and rice.